Unreal… I went downtown this morning groggy eyed before sunrise to volunteer at the march with The Amplifier Foundation (“an art machine for social change”) and left this afternoon energized and inspired by the turnout and energy. By now, everyone has seen the coverage from marches all over the country and the world. Here are a few images to add: 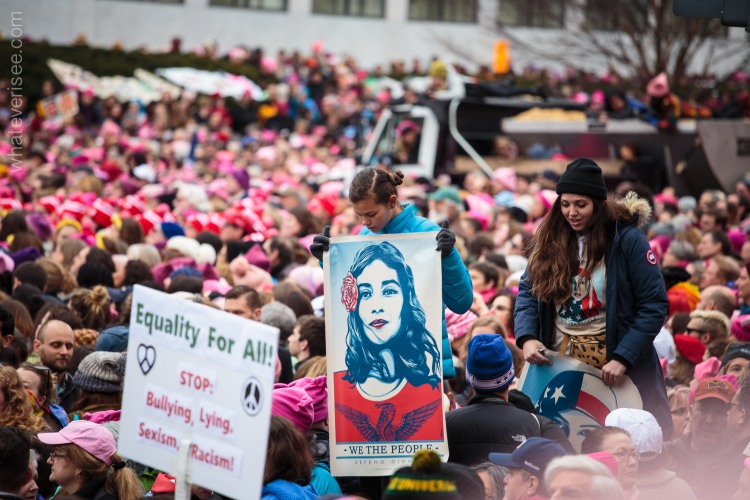 ‘Putin’s Patsy’: While today was very much a rally for equality, it was also a rally against the newly elected U.S. President.

Leading up to the march there was coverage in the New York Times and other outlets about racial discord among women planning to attend. Women of color were not in attendance  as expected. However, there were frequent buttons, signs, discussions and chants celebrating Black Lives Matter and activists such as Angela Davis.

A group of women outside the Natural History Museum drew a crowd as they sung ‘This Little Light of Mine’. A sea of people joined them, singing along. 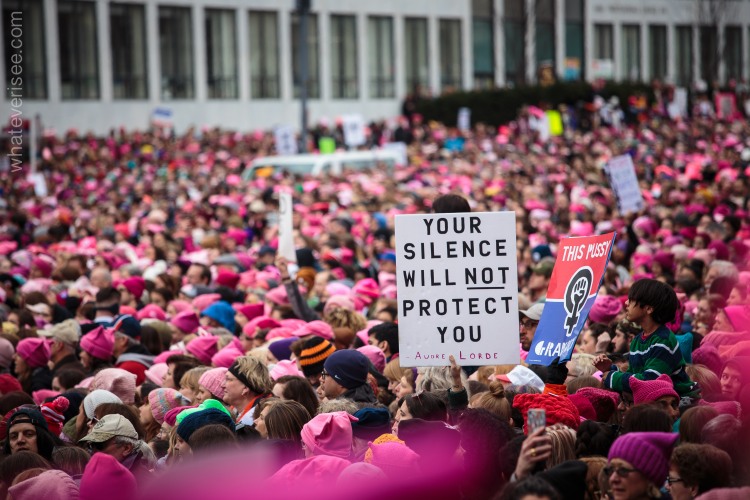 The crowd on Independence Avenue was never ending. People stood for hours in solidarity expressing their anger about the new administration and their hope that they can create change.

Big groups formed all over the National Mall. Here a group of attendees stood in front of the National Gallery of Art chanting “Hey, hey. Ho, ho. Donald Trump has got to go.”

Women and girls of all ages came out today to actively participate.

‘Stop Killing Us’: There is a genuine fear that the progress made by LGBTQ communities will be destroyed by this new administration. 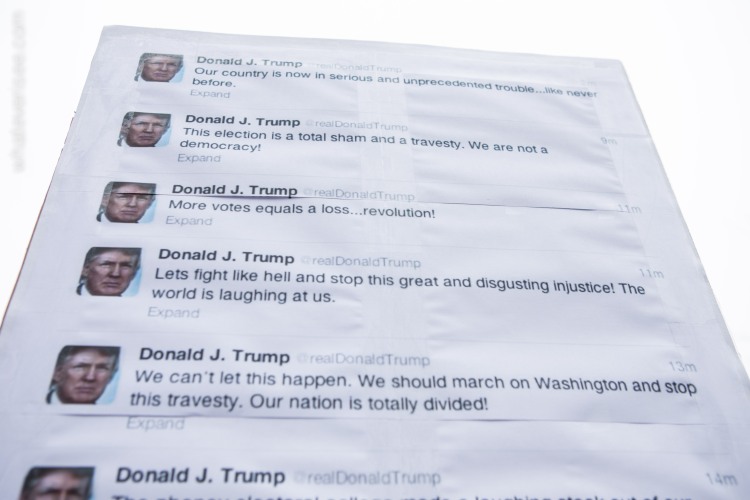 Signs playing off of Donald Trump’s twitter habits were popular.

‘We… Are Greater than Fear’: The Amplifier Foundation provided over 30,000 posters for free, in partnership with the Women’s March, to amplify the voice of women throughout the country. This one with a women wearing an American flag themed hijab was the most popular. 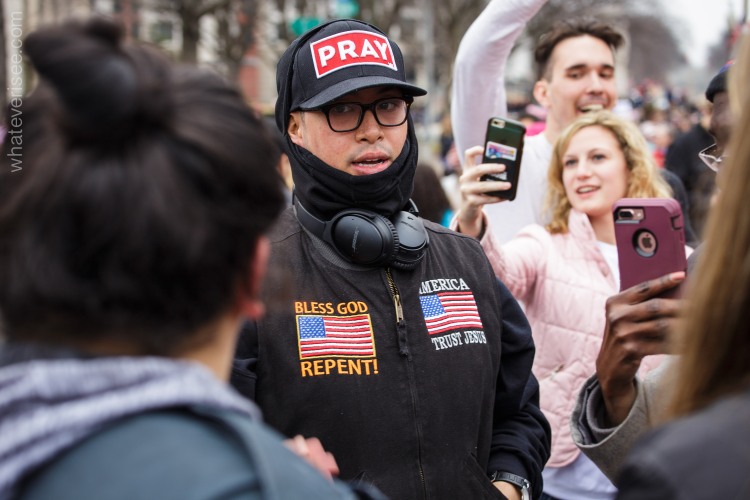 On Pennsylvania Avenue, attendees clashed with counter protestors. This gentleman told a woman passing by that “there is no such thing as a gay Christian.” She responded, “I’m gay and I’m a Christian. Who the f*ck are you?!” “I’m Louis,” he replied.

Bikers For Trump also staged a counter protest on Pennsylvania Avenue. Angrily, the gentleman in the hat complained about the protesters “… they’re a bunch of snowflakes. I’d like to send them to Saudi Arabia so they can see what it’s like. I see one thing coming… it’s civil war.”

Despite the detractors, the overall message was one of unity and resistance.

One thought on “Women’s March on Washington”